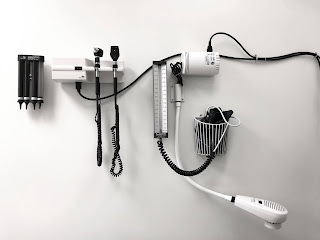 Here are some of the things you should look for in terms of turnaround time whilst outsourcing your medical transcription needs.

What is ‘turnaround time’?

The phrase ‘turnaround time’ is fairly ambiguous and can vary wildly in what it means depending on the task. To a GP practice, it may mean the time it takes for clinical correspondence to be dictated, typed, checked, posted and delivered to its recipient. To a transcription services company, it usually means the time taken to receive a dictation, for it to be allocated to a typist and be typed, before going through a quality check stage and then returned to the practice.

Here are a few main points that need to be considered when understanding turnaround times:

Ideally, these letters are actioned immediately, however during busy periods such as the holiday or flu season, the typing of day-to-day correspondence can take a back seat.  It doesn’t take long for a backlog to arise which can have an obvious knock-on effect on patient care, with potentially urgent referral letters waiting to be issued.

The current NHS Digital guideline is to produce the letter within 10 days of the patient’s attendance, so 10 days is the absolute maximum; however, individual practice, federation, trust or hospital’s own in-house standards vary wildly, with most secondary care institutes being far more governed by this NHS guideline.

For those that offer a standard turnaround time, ensure that they have the capacity to process urgent files if requested. Most outsourced transcription providers who offer a standard one or two business day turnaround will be able to process urgent files within a matter of minutes to hours depending on urgency.  Some may charge extra; others may offer this as a free service on a fair use policy. Also, ensure that they can cope with backlogs for those unforeseen circumstances (no maximum number of files per day).

Those with standard turnaround times for their transcription service will actually be the maximum it takes for the completed document to be returned to you, often it will be much less than stated and mainly depending on the difficulty of the dictation, defined by the following points:

A Beginner’s Guide to Money Management

March 01, 2021
Taking the time to manage your money better really pays off. It can not only help you stay on top of your bills, but also save you thousands of pounds per year. These extra savings can be used to pay off any debts that you might have, put them towards a pension, or even spend them on your next big expense - be it a car or a holiday. Continue reading for money management tips, this includes setting a budget, being disciplined enough to stick to it, and some lessons in how to save effectively. Your first step is to take control of finances by setting yourself a budget. Remember that if you need expert help then you can contact accountants Conwy . It takes just a little effort, but it is a brilliant way to get a snapshot in time of how much money you have coming in and going out. When you set a budget it means that you are much less likely to end up in debt, get caught out by unexpected costs, you are also much more likely to have a great credit score and therefore be more likely to be ac
Post a comment
Read more