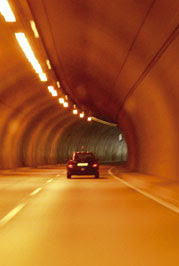 In a recent report carried out by the AA Driving school has found that young motorists are not confident in using the motorway leading them to use the alternative A roads, reported by sky news.

But statistics show that they are more likely to have a serious accident on an A road and they are putting themselves at greater risk.

Also statistics show that driving on a motorway is safer than using an A road with a lot of research and technology gone into making a motorway as controlled and safe as possible for when a crash does occur.

It seems that young motorists aren’t using the motorways due to lack of confidence, this is because it is rare that while a young person is learning to drive they wont be taken onto the motorway as part of the test as motorway usage isn’t part of the normal driving test.

The survey that was carried out by the AA showed that out of 2,000 motorists 20% of men and 40% of women avoided motorways during the first year of driving.

If these new young motorists took up pass plus tuition, it would increase their confidence on the motorway, helping them use the motorway resulting in them being safer on the roads.

Pass plus tuition will help the new driver gain confidence in using all the different types of roads, help build their newly found skills and knowledge, and help save them money on car insurance, as insurance companies recognise the course as helping motorists become safer drivers. Most importantly taking part in pass plus tuition will reduce the risk of the motorist being in an accident.

Encouraging young drivers to participate within pass plus tuition should see the results of this survey decrease, and help new motorists use the motorway, where they are less likely to be involved in a serious accident.