An Unclear Picture For 2017 Business Rates 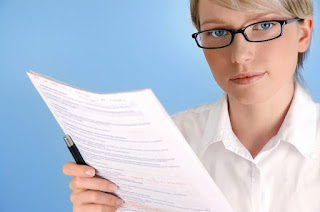 A business rates revaluation is stated to hit North Wales in 2017 - expected to affect all businesses across the region. Expected to bring the largest change to business rates for high street retailers in a generation, it will be the first revaluation by the Valuation Office Agency since 2010. The business rate revaluation is set to be confusing, especially for business owners in Wales. As power is passed from London to the Welsh Government, business owners in Wales cannot yet be certain of what the change to business rates will entail. For anyone confused or worried, we recommend a number of accountants in North Wales which have the knowledge and experience on making this change as painless as possible. A good accountant also has a number of services to offer business owners such as due diligence, bank negotiations, transactions, grants, fundraising and tax solutions, to name a few.

The period of 2010 to 2017, thanks to the global recession and the subsequent recovery has brought about huge change on high streets nationwide, which in turn means that there are set to be dramatic changes in rates paid when bills will reach business owners next year. Throughout the UK, business owners are rightly worried about 2017's review. The long period between the valuations are of concern, as the valuations themselves are based upon open rental values. Current rateable values are based on rents from April 2008 while the next will be based upon April 2015's rental values.
Wales finds itself in a rather strange situation in regard to all of this. Due to the fact that power is passed from London to the Welsh Government, the country may find itself under different direction to the rest of the UK. Needless to say, this could be good for business owners, though there's absolutely no guarantee.

The Welsh Retail Consortium warns that Wales could see a 10% hike in business rates to maintain current levels of Government tax receipts, but certain towns within North Wales could stand to benefit from the rate adjustment. Llandudno, Rhyl and Wrexham could be winners, as property prices in all three towns has fallen. Due to the two-year delay in business rate revaluation, these North Wales towns are still paying rates based upon the higher value of property in 2008.

Research by real estate advisors Colliers International indicates that Llandudno in particular could feasibly see cuts of 40%, and town centre businesses in Wrexham and Rhyl could see cuts of 28%. Of course, there's absolutely no way to ascertain what will happen before the new Welsh Assembly show their directive in regard to this. It's a minefield, but for concerned business owners we can only recommend going in with clean accounts. There are a number of professionals which can assist in getting everything spick, span, and understandable before the new rates will apply.