Even More Pros To LED Lighting 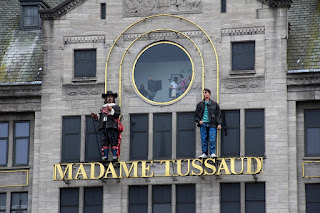 As of late we are really taken with LED Strip Lighting, and we’ve found an incredible amount of uses for this amazing new technology. More and more seem to be getting on with the LED Lighting revolution which is happening as of recent years, in the North Wales area and beyond.


For most, they’re starting to wake up to the potential these little diodes can afford any residential or commercial setting– it’s proven that LED Lighting is a gigantic leap above traditional incandescent lightbulbs, and even a huge improvement from the half-measure of halogen bulbs, which might result in lower electricity bills, yet are notoriously terrible for the environment, releasing a quite frankly scary amount of carbon dioxide as they heat.


Furthermore, halogen tubes waste energy by wasting a staggering four times as much energy as an incandescent bulb! A 500 watt halogen tube reaches temperatures of over 1200 degrees- which barely needs pointing out. It’s a serious fire hazard, and the threat of curtains or other combustible materials igniting is very real. The danger of fire is so great that some American Universities have banned the usage of halogen tubes in all of their dormitories after a fire at Arkansa’s Hendrix College caused $450,000 worth of damage.


Recently, the designers of Madame Tussauds had a need for enhanced optics in addition to lighting that controlled energy costs and heat within. Of course, a waxwork at Madame Tussauds in San Francisco is an astoundingly intricately worked thing, with hours of painstaking labour put into each one.


Having them melt under unforgiving halogen lighting is a complete waste of time, resources, and money – and considering the fact that a waxwork will sit under lighting for over 10 hours a day, it’s no surprise, when you think about it, that some waxworks can start to look worse for wear quickly.
Madame Tussauds found exactly what they wanted in LED products – light which is literally perfect.

One of the major advantages of LED Lighting is the ability to control light temperature, and provide just the right amount of light good enough to allow visitors to admire every fine detail of every waxwork, and switching to LED Lighting for their displays has enabled them to prolong the lifespan of their fantastic displays.