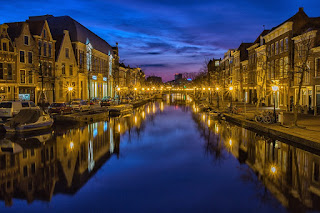 As hoteliers in the UK are constantly looking to maintain a viable business (while often paying commission to large hotel search websites) that may get slower or even nonexistent during winter months, they often seek to save money wherever possible, while still providing a great visitor experience. After hearing horror stories of some hoteliers charging an additional amount for items such as soap and tea and coffee making facilities, we can’t help but wonder if most hoteliers know the best way to save money in the long run, and also provide their valued guests a solution that enhances user experience, rather than detracts from it. Retrofitting LED Rope Lighting and strip lighting into older fixtures is a fantastic solution for saving money on lighting, while offering them something far better than traditional incandescent or halogen bulbs.


Hypothetically, should every single incandescent and halogen lamp in the UK’s 615,000 hotel bedrooms (based on an estimated 31,000 hotels in the UK – with an average of 84% occupancy in London and 76% regionally) were to be changed to LED, it would result in a staggering 55 million kilowatt hours saved, 30,000 tonnes of C02 not being pumped into the atmosphere, and £5.8 million in energy charges directly saved.


That’s absolutely staggering, and just the bedrooms. Obviously, bedroom lighting is not on for anything even resembling an hour a day, let alone 24. So, on a more practical level how much money could be saved if we switched every single incandescent or halcyon bulb in the corridors and bathrooms? Far more.


Should every hotelier in the UK switch to LED Lighting by replacing the lamps in their hotel’s corridors and toilets, 1.2 billion of kilowatt hours could be saved. The implications of this are absolutely astronomical, at 647,000 tonnes of C02 that would normally wreak havoc within the environment completely gone, and in terms of financial saving, £131 million pounds stand to be saved.

It’s an incredible figure, and certainly one to consider for any hotelier that might wish to cut costs and improve his or her customer’s stay. LED Lighting has proved to be far superior and safer in a number of ways, and for those that might balk at a high upfront cost, the prices of LED Lighting has come down significantly in recent years. When it comes to LED Lighting, a lot has changed in the game, and it can provide viable, worthwhile results for hoteliers up and down the country.

How Can Medical Typists Help You?

September 10, 2020
Medical typists are integral to the smooth and efficient operation of the healthcare industry - they are transcription specialists who have a deep understanding of dictated medical language and terminology. They are able to competently respond to the specific and specialised transcription requirements of the medical profession.  Doctors and specialists dictate their reports and medical typists transcribe these reports.  This means the medical typist needs to listen, discern, and then type the medical dictations into formalised medical reporting. If you are considering outsourcing medical transcription services it is important to consider the five key ways medical typists can help you and your practice. Provide Accurate Medical Records For any medical professional or medical practice maintaining accurate medical records is essential in delivering excellence in patient care and meeting legislative and other regulatory requirements. Medical typists and medical transcription services are
Post a comment
Read more