One Month On, How Will Brexit Affect Your Finances? 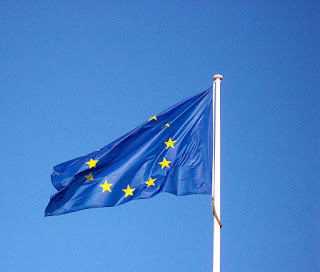 Now that the UK has voted to leave the EU, the British tax regime could be shaken up as result. The Brexit vote will mean that some taxation is ripe for a revamp, though it needs to be remembered that a large portion of our taxes are completely domestic in nature and therefore, it is up to the government to decide whether or not adjustments need to be made. Concerned businesses and individuals may wish to seek the services of a chartered accountant in North Wales for any concerns and queries as to how June 23rd 's referendum affected their endeavours.

While indeed the Brexit vote will not result in a complete overhaul of tax as we know it, some taxes will be affected. The obvious is VAT which is EU driven and controlled as part of the EU’s desire to ensure a level playing field between all of its member states. How the next Prime Minister of this country intends to bill VAT will be key to many's back pockets being fatter or thinner.

VAT / Value Added Tax
VAT is a pan-European tax and following the UK's decision to leave the EU, The UK will eventually possess the freedom to extend or restrict the range of items upon which it is charged. This could result in cheaper consumer goods if some things are freed from VAT. George Bull, senior tax partner at RSM has remarked that VAT is likely to change post-Brexit. Even if there are no changes to VAT law in the UK after leaving the EU, interpretation of the rules are no longer in the hands of the European Court of Justice.

Businesses should look into their contracts with EU suppliers now, if they haven't already. If VAT in a contract is defined solely by reference to EU law, it would be prudent to seek the help of an accountant or solicitor in order to change the definition so that it will continue to work as intended for the future.

Exiting the EU's Customs Union
A formal exit from the EU within 2 years will also result in an official exit from the EU's Customs union. This has obvious implications with the UK being likely to impose duties on EU imports if free trade cannot be maintained. Therefore, European businesses will look to acquire UK businesses to protect and expand their UK trade. Britain outside the EU us a third party, and our exports will suffer additional taxes. This of course makes our goods more expensive, but the drop in British Sterling will prove to be an export boon as our goods become cheaper outside of the UK-- and therefore far more attractive.

That's not to say that the doom and gloom mentality has much credence. Not yet, anyway. The process of leaving the European Union has been likened to divorce - costly and time-consuming, with a large degree of uncertainty involved. June 23rd's Brexit referendum and the results of which trigger a two-year clock, only afterward the Treaties which govern membership no longer apply to Britain.

During this two years, Britain needs to thrash out the terms of its departure. Issues include which financial regulations still apply, trade tariffs, and movement rights of EU citizens and UK nationals. The agreement would have to be ratified both by the European council and the parliament in Strasbourg.