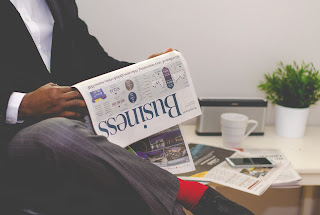 HMRC have been consulting on the digitalization of tax returns for quite a while now, and it’s findings have been somewhat disturbing for small businesses. The Making Tax Digital project has been much vaunted by the government since its establishment within mid 2015, and the project is well known to impose quarterly digital tax recording upon small and medium sized enterprises.

This is mostly due to the fact that under the new system to provide taxation information online, mandatory quarterly digital tax reporting.

Without the aid of a chartered accountant in North Wales or beyond, this can be rather daunting for most small to medium sized businesses – especially given the fact that it has been reported that most businesses that do not benefit from the aid of an accountant and tax advisor service do not keep electronic accounts of detailed records.

A report by Lloyds Bank states that “1.4 million small businesses have no digital skills whatsoever” and HMRC has recently admitted that it had underestimated the impact of Making Tax Digital on small businesses which are included within this figure. Another issue is also the Government’s promise to allocate free software to assist with making the mandatory digital tax reports.

Making Tax Digital was introduced by the Government for the best of reasons, estimating overall cost savings for small businesses utilising what was touted as a simplified way to do tax in the region of £85m to £250m. But, it seems that it isn’t quite working out that way. HMRC has started to consult upon the service itself, and have suggested that as businesses become more computer literate within the long term, Making Tax Digital will indeed start to benefit them.

But for now, given all of the problems with Making Tax Digital as it stands, having a chartered accountant and/or Tax Advisor doing the sums and submitting reports for those less inclined with computers seems the safest option overall when it comes to complying with the Government’s demands.