The Bigger They Are: A Case For Accountants 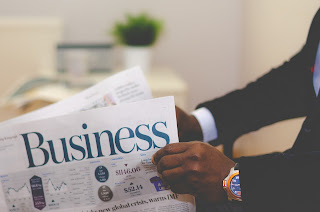 Many of us seem to think that accountancy is easy. For the uninitiated, keeping track of one’s accounts is a simple act of addition and subtraction, though it couldn’t be further from the truth. Accountancy is quite an in-depth affair, and even small businesses can struggle when it comes to meeting regulation and meeting basic standards – standards that are rising with the Government’s introduction with Making Tax Digital, and it’s much feared quarterly tax report.

The services of a good chartered accountant in North Wales or further beyond are absolutely invaluable – take the recent, and rather well documented case of Upul Eshine Kulasinghe- the 68-year old director of Pure Strategic Limited. Unfortunately, Kulasinghe was disqualified from his position as company director after an insolvency service investigation found that he had failed to maintain and preserve adequate accounting records.

Kulasinghe furthermore failed to verify £274,346 of company expenditure. Likewise, Kulasinghe was found to have failed to verify whether a declared sum of £296,617 was a true representation of sales achieved by Pure Strategic Limited. Deliberate wrongdoing cannot be proved, but in the eyes of the law, it cannot be disproved.

Kulasinghe, whether an opportunist or simply someone that was out of his depth unfortunately faces the penalty of being unable to act as the director of any company for a period of 6 years. It doesn’t need to be repeated that proper records is an absolutely vital activity for directors, and neglecting these responsibilities can equate to the loss of a career.

That being said, being unsure of the intricacies behind managing your accounts isn’t anything to be ashamed of. There is help out there in the form of chartered accountants and tax advisors, whose job it is to allow you the security and peace of mind you need so you can continue with what you and your company find crucial, while they keep everything ticking along in the background.