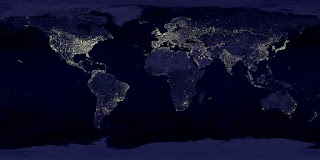 You might have heard on the news as of late about quite a row going on about climate change. It’s never been more imperative that the planet is looked after, and it’s really not hard at all to see why. Temperatures are breaking records all around the world, and while it doesn’t sound all that terrible, it feels shocking to think that the planet is getting warmer and warmer and the average temperature of the earth has skyrocketed at a rate which is higher than ever before throughout the 21st Century.

There’s more greenhouse gases than ever in the Earth’s atmosphere, and Earth Overshoot Day – a day which was devised to be the marker of when the average usage of resources throughout a single year outstrips what the Earth can actually replenish in a year – is getting sooner and sooner. In 2016, it stood at August the 8th. In effect, if you’re paid at the end of the month, you’ve gone overdrawn just past the 15th of every month.

But, there’s so many things which can be done.

One is the implementation of LED Lighting throughout the world. More and more companies are jumping on board with LED Lighting, even the fact that they do not produce harmful c02 which directly contributes to greenhouse gases. Whether it is a retail company, a housebuilder, even a council or even a government, it’s truly never been easier (or cheaper) to start with LED Lighting, whether you wish to retrofit your existing system or start again entirely.

Plus, for the first time ever, LED Lighting is cheaper than traditional halogen bulbs and so customisable, you don’t have to worry about the lighting around you being too stark to feel comfortable in. There are a series of LED Rope Lights and LED Strip Lights which can save you money, save the environment, and also jazz up your home or office significantly. Whether you’re a large or a small business, it’s never made more sense to go to LED Lighting – Climate change is not a distant or a far away problem any longer. It will affect your grandchildren. It will also affect your children – and at the rate things are going, it will also affect you.

Make the change today, and invest in LED to get a superior lighting solution, as well as save money, and the planet. All at the same time!