Oil and Gas Pricing Is Looking Positive for 2017/18 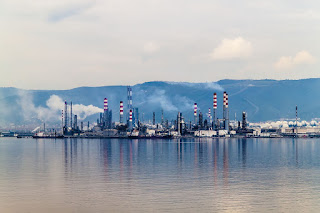 Oil and Gas Prices fell down to their worst in 10 years in 2016 which has led to speculation from banks, governments and petroleum companies alike as to when they will recover. It has been rather well documented across the internet about the reasoning for the fact that oil and gas prices had sunk to such significantly dire values throughout 2015 – and despite some recovery, the average price of a barrel of crude oil is still on the low side at around $40 USD per barrel – less than half of the 2014 peak.

As a result, Saudi Arabia’s GDP shrank by 1.8% in the second quarter of 2017 – with industries such as construction shrinking by 1.6% in a single quarter. The Saudi economy in itself is weakening by a significant margin, so the country is endeavouring to both overhaul the economy and increase capital spending in the Kingdom – by grappling with low oil prices and making it easier for businesses within to cope with economic reform.

Russia faces similar problems, and both Saudi Arabia and Russia have vowed to renew OPEC’s oil pact well into 2018, extending their oil production cuts in order to keep crude oil and gas prices the same. The changing economic landscape has meant that disaster beckons for both Saudi and Russia should they breach the OPEC agreement – and both countries have announced that deviating from OPEC’s production guidelines is not an option.

President Vladimir Putin has mentioned that Russia is open to extending OPEC cooperation until the end of 2018, and Saudi Arabia’s recent decision to plan share sales of state owned energy company Saudi Aramco indicates that they too will seek to not oversaturate the market with mass produced oil.


Oil and Gas Prices, which these statements, have started to climb again, with Brent Curves depicting that rising demand, as well as recent political tensions in the Middle East make oil and gas prices in particular set to only go up – which is excellent news for oil and gas production companies the world over.